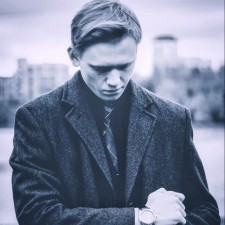 Since he was young, Connor Mulvey Chicago displayed impeccable math and logical skills. He advanced with ease throughout his elementary studies, particularly in math and sciences. In fact, he often demonstrated talent in science classes by always answering the teachers’ questions. At the age of nine, he won a local science fair award for coming up with the most innovating design.

By the time he reached university, Connor Mulvey possessed excellent logical reasoning abilities and a keen determination to succeed. He understood that university was not just a place to further his education. It was also the starting point and arguably the foundation of one’s professional career. There, he forged powerful relationships with his professors and peers. Chicago native Connor Mulvey was well aware of the value of a robust professional network. In fact, his networking abilities were instrumental in helping him secure positions when he embarked on his career journey.

As the Junior Associate of The Genesis Group, Connor spends his waking hours perfecting his job. He has become an expert of market trends as well as the international financial market.